A couple of days ago while I was working from home my trusted TP-Link TL-WDR4300 seemed to have died suddenly (just a couple of days after the two year warranty had expired!) — at least this was the result of my initial investigations.

The symptom I had is that suddenly my internet connection seemed to be down — which was surprising enough, as since I upgraded to VDSL2 vectoring my line was rock-solid, and it normally dropped only once a month or even once every couple of months. When I tried to find out what happened I noticed that my router was inaccessible, I couldn’t even ping it. I thought it had crashed, so I power-cycled it to reboot it, but it didn’t come up…

So my conclusion was that it had died.

I quickly reconfigured a Linksys WRT1200AC which I bought a couple of months ago as a spare device, meant to replace the current router “one day”, and put it into operation…

Today I spent some time investigating what actually happened. I wanted to use the serial console of my rev. 1.7 device (the PCB is rev. 1.3), but found that there was no connector in place for the UART, just the holes in the PCB.

So I quickly soldered in the pins, and connected the router to a laptop. 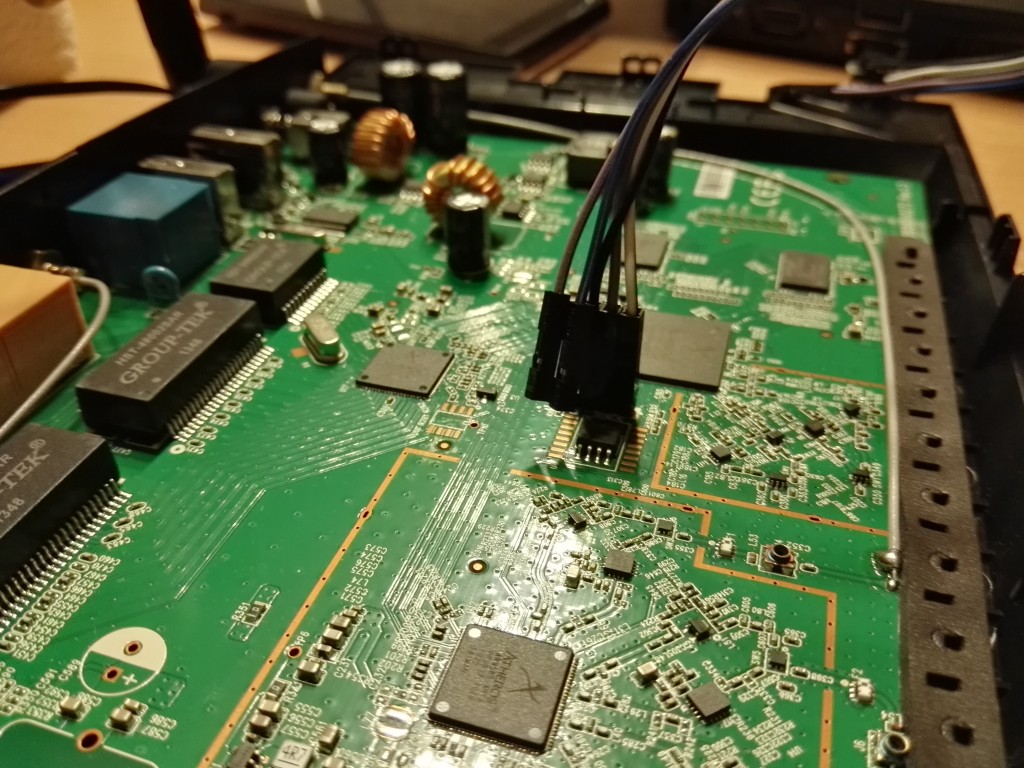 To my surprise the router booted without any issue at all. I played around with it until I was sure that there was absolutely no problem — I thought the file system in the flash memory might have been corrupted, but everything was ok.

So now that I had opened the device and connected a laptop to the serial console, I thought it would be a good occasion to update the U-Boot boot loader to a modified one by “pepe2k” that adds a lot of very useful features.

I used the instructions pepe2k provided on Github, specifically the part where he describes how to install via TFTP from the serial console. The “biggest challenge” was to find where to download the actual boot loader binary. Finally I found it here.